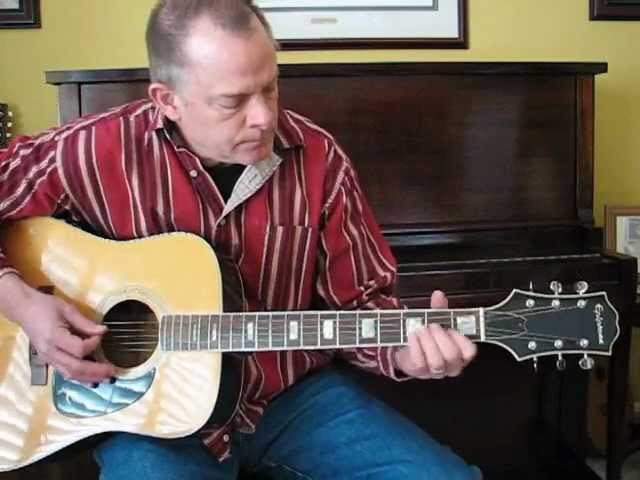 This is a cover of the Rolling Stones “Wild Horses” from the Sticky Fingers album, and is in Open G tuning. Keith Richards fell in love with Open G in the late 60’s and most of the great Rolling Stones songs feature Keith’s rhythm guitar in this tuning. You can play this song real nice in standard tuning, but the open tuning adds a droning, sympathetic sound of the open strings that give it a fuller sound. Keith got into this tuning by exploring other genres of music, and realized that Ry Cooder, Bo Diddley and the Everly Brothers, whom he listened to a lot, were using this tuning. Keith removed the low E string as it is not used and can get in the way. He plays with just 5 strings when he’s playing an Open G tuned guitar such as his Tele. Just for fun that is what I’ve done in this video. I’m playing an Epiphone FT-550.

As a side note, Keith gave this song to his buddy Graham Parsons who included the song on the Flying Burrito Brothers “Burrito Deluxe” album and was actually the first to release this song to the public – even before the Stones!

Check out my channel: http://www.youtube.com/user/thatch2018